It's Been a Million Years 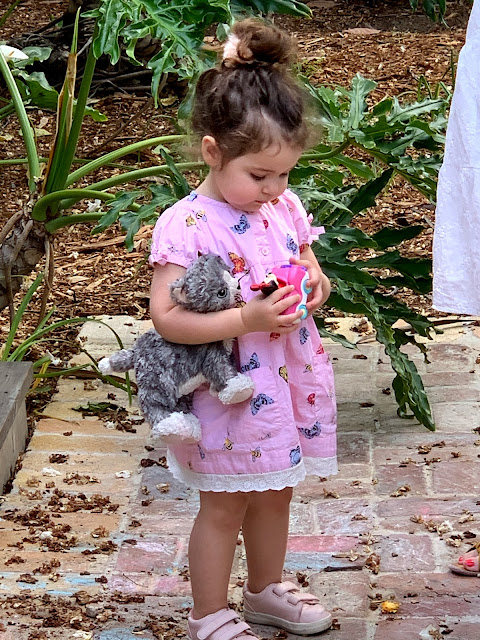 I really don't know where to begin because it's been almost a year since I have been on here. I never intended to abandon this blog, because I swore I wouldn't ever do that unless I wrote a post signing off for good. I decided to hop back on to document some of my thoughts on this crazy global pandemic. Guys.....we are living through quite a historic event. My first day of realization that things were getting a bit crazy was probably March 11th. I had the news on 24/7 at that time. I saw things rapidly getting scarier and scarier as the days went by.  On March 11th, I started to gather  food, because they were saying on the news to get a supply of at least two weeks to a month. They were never clear from the get go, which is why I think a lot of people panic shopped and cleared out everything like it was the end of the world, which to be fair, it really did seem like that. News was not clear really on what we all should be really doing. We heard all the scary news from Italy and how their hospitals were all at a breaking point, and trying to plead with the world, that this was coming for us and to pay attention. I was getting increasingly worried about Nicole in London, because the UK decided they were going to let it roll through until they got herd immunity. This deeply disturbed me. When Boris Johnson contracted Covid-19, things got serious in England, and they followed what the rest of the world was doing.....lock it down. I recall the day I saw in the news that Italy locked the entire country down. It was a very sobering day. Nicole finally went into lockdown around March 21st. California had locked down on midnight March14th.
We were told not to buy N95 masks, as all the hospitals were in short supply and that they probably wouldn't protect us unless we knew how to wear them. Then came the information that the virus could live on cardboard for at least 24 hours and other hard surfaces for 3 to 4 days. This meant wiping all groceries and delivers down with disinfectant. Since then, they say that you can do it, but it isn't necessary, and to just wash your hands after handling packages etc. Day to day we have learned more and more about this virus. They have also realized that in order to open up the country, we need to social distance and wear masks. I made 13 masks for family.

My thoughts are all scattered as to what to include here, so I'll just say that since our lock down they have learned that the virus isn't just respiratory , but now affecting other organs. Scary stuff, and enough for me to hunker down in my house and follow the rules.
This is day number 74 of our quarantine. Since then, we have celebrated Caitlin's thirtieth birthday, Ruby's second birthday, Easter, and Mother's day. Caitlin's birthday was the saddest, since we had planned to surprise her with flying Nicole to California from London to surprise her. Nicole hasn't been State side since 2015, due to her getting her permanent residency. You aren't allowed to leave the country when you are going through this process. Anyway.....we had to cancel the flight, then we hoped they would have more guidelines by May, so we switched the flight for Ruby's birthday, and it was still going to be a surprise. Sadly that didn't pan out either. I know a lot of people had to cancel wedding and some can't even attend a loved ones funerals, but we were sad none the less.

David, and Cyrous have been solely working from home thank god! We have all our groceries delivered and have only had contactless take out. We have all taken this very seriously. We decided this past Saturday that we were going to form a quarantine pod/bubble.  Since we have been solely at home with no contact with others and they have done the same, we thought it would be good for all of our collective mental health to have something to look forward to one day a week. I won't lie, it still scared me to make the decision to do it, but we assessed the risk and it's very low. Ruby was so thrilled to leave her house yesterday! She couldn't get in the car fast enough according to Caitlin. They came over for Memorial day dinner. It was so nice to have them, and for a little bit we forgot what was happening. I'm hopeful that if we adhere to how we have been living, we will be ok. The minute one has to go outside to work, we will probably have to end our pod/bubble to be safe.

This is just a very brief summary to get my feet wet and get back on here. They other reason I have not been on, is because my computer is super ancient and it's very difficult to work with. I'll be getting a new laptop in June, so hopefully will be on more.
I've been sewing and embroidering a lot. Those who have Instagram, have seen all my makes since the lockdown. I feel actually more focused and able to get more work done. I've always been an introvert at heart and a big time homebody, so this isn't that difficult for me. I feel for those who are more social and have no hobbies, because it would be much harder.
I'm going to sign off for now and and do my best to work with this poor old lap top to document life during this global pandemic. Until next time friends............. 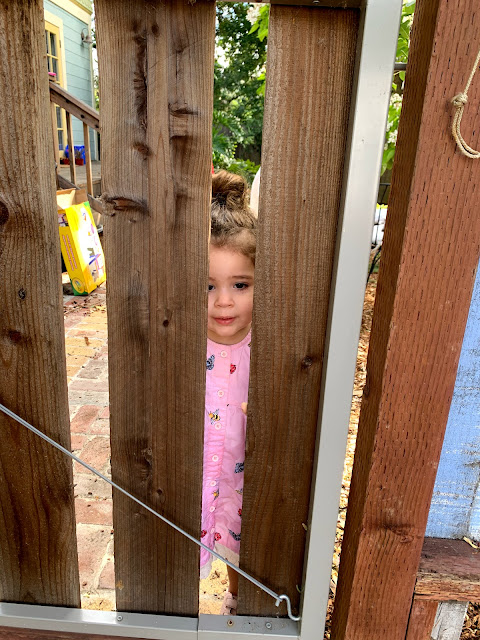 When we stood behind the gate to visit during this crazy global pandemic.

Promote Your Page Too

Check out these blogs